An underwater adventure with a children’s TV icon and fun prize giveaways!

To promote the launch of a new SpongeBob SquarePants show, Nickelodeon provided their young audience with a fun game and plenty of great prizes to be won!

As one of the world’s best-known children’s TV networks, Nickelodeon are no strangers to fun and games. And when it comes to popular kids’ cartoons, few are more iconic than the legendary SpongeBob SquarePants.

When they decided to create an online SpongeBob ‘Kamp Koral’ game with prizes for their young German and Polish audiences, they knew they needed a reliable pair of hands to bring their creative ideas to life.

After discovering Peek & Poke online, they got in touch to discuss working together on a branded game. Brooke Trezise, Creative Project Manager at ViacomCBS, said: “We needed an engaging and attractive game for the kids, and I expected that game to be re-skinned in a way that represented our needs.”

Peek & Poke have a brilliant website with a nice clean design that clearly explains the service and target clientele. I could easily imagine the creative and workflow being a match for us.

The team worked closely with Nickelodeon to recreate the underwater world from Kamp Koral: SpongeBob’s Under Years in a way that was faithful to the iconic brand. Using a re-skin of the flyer game engine – complete with bubble jetpack, gold coins, and jellyfish to avoid – the Kamp Koral game was born!

To meet the needs of the different local audiences, Peek & Poke created two versions of the game with the in-game copy translated into German and Polish. 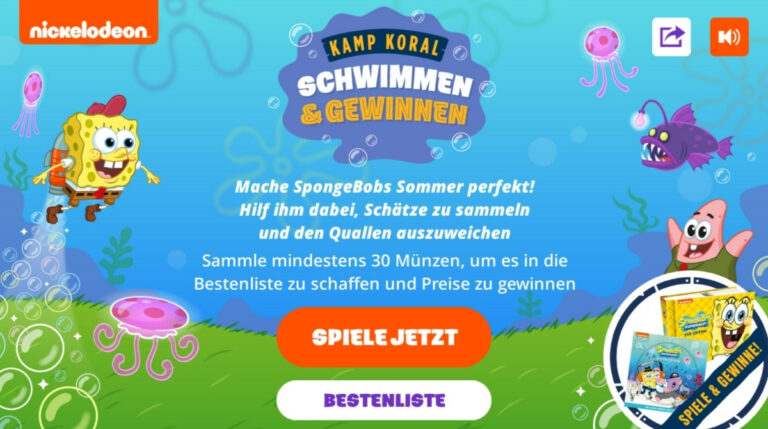 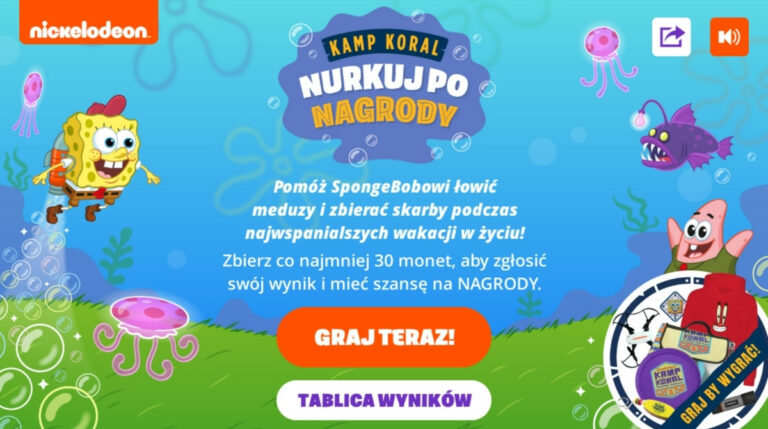 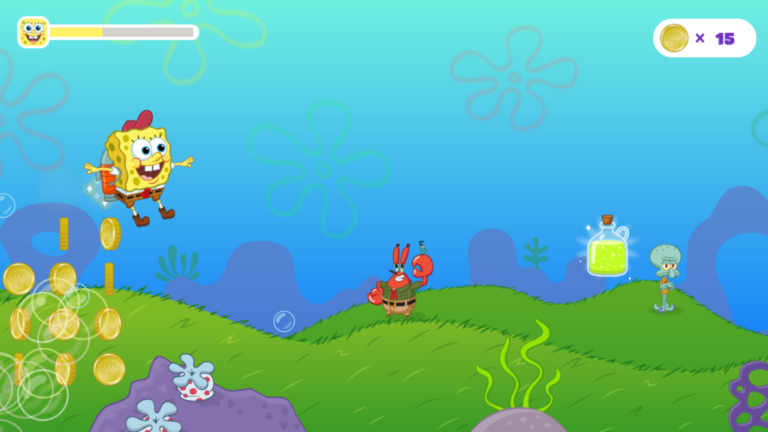 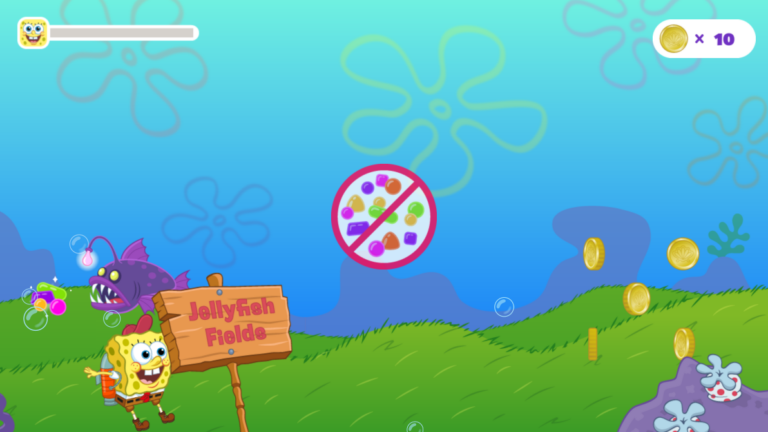 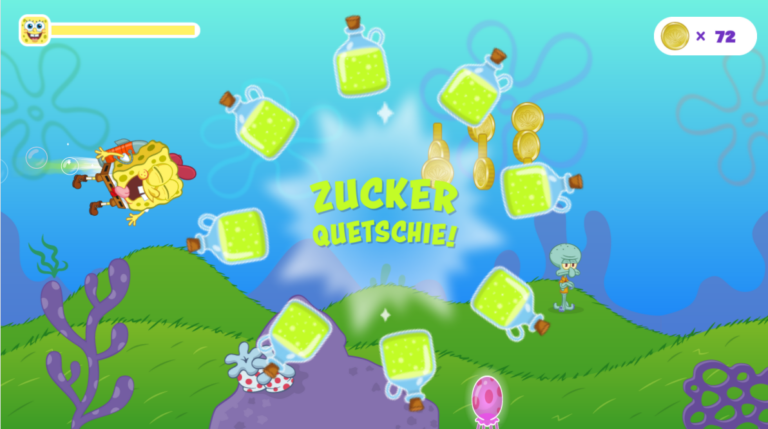 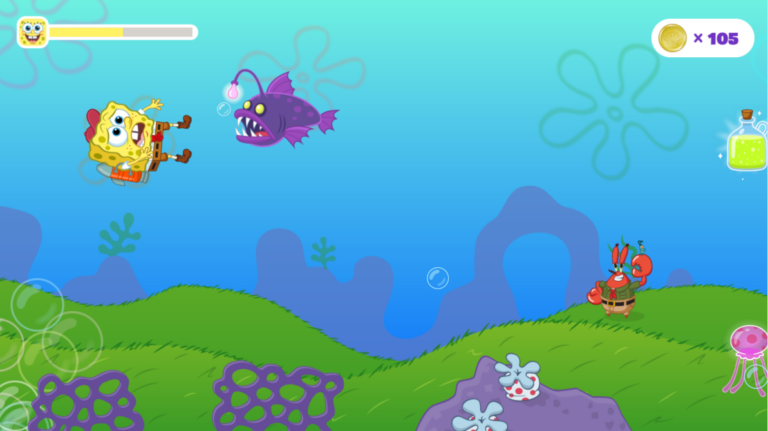 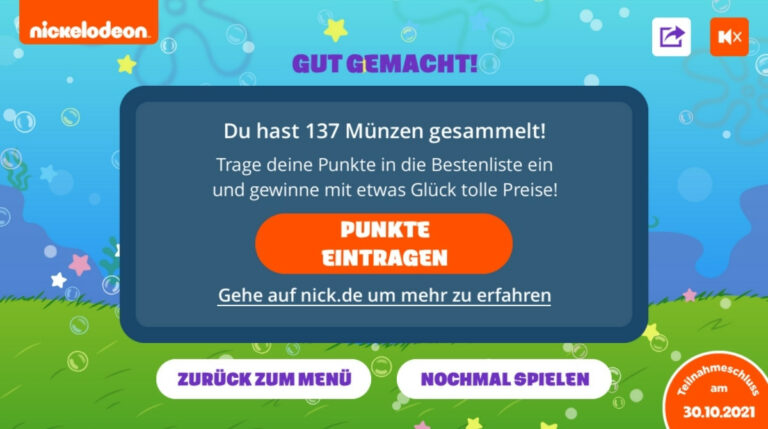 The game was promoted as part of a larger marketing campaign for the show launch, with a multi-channel approach that spanned a whole host of platforms including on-air, digital, OOH, print, radio, Spotify, and social media.

Kids playing the game would be in with a chance to win a variety of great prizes, ranging from toys and video games to official SpongeBob merch!

With over 13,000 players playing a total of 275,000 games, and an average engagement time of almost 18 minutes, it’s safe to say that Kamp Koral was a hit with the young audience!

Peek & Poke met our high creative expectations that an agency will represent our brand and IPs respectfully and that the end product will have an infusion of fun and personality! 12 Days of NOT Christmas Campaign