This UN endorsed and TIGA Award nominated, educational game puts the players in the shoes of a Storm Force cadet, trying to evacuate at-risk areas and gather research on deadly storm surges!

Whilst many of us will have seen stories of extreme weather and their disastrous consequences in the news, few of us will be familiar with the term ‘Storm Surges’, much less the telltale phenomena that precede them.

With half a decade of research under his belt, Lecturer in Applied Mathematics, Emiliano Renzi, is something of an expert in these weather patterns and has dedicated much of his time researching the early warning signs that lead to coastal flooding.

In the hopes of saving lives in at-risk areas, Dr. Renzi expanded his research to cover partners who could help him make his research more accessible to the wider population. In particular future generations, with a primary focus on educating children aged 12 and above.

I think the format of the game is ideal to raise children’s interest in our ocean, to help them understand the vital role our seas play in our life and the profound implications of climate change on a global scale 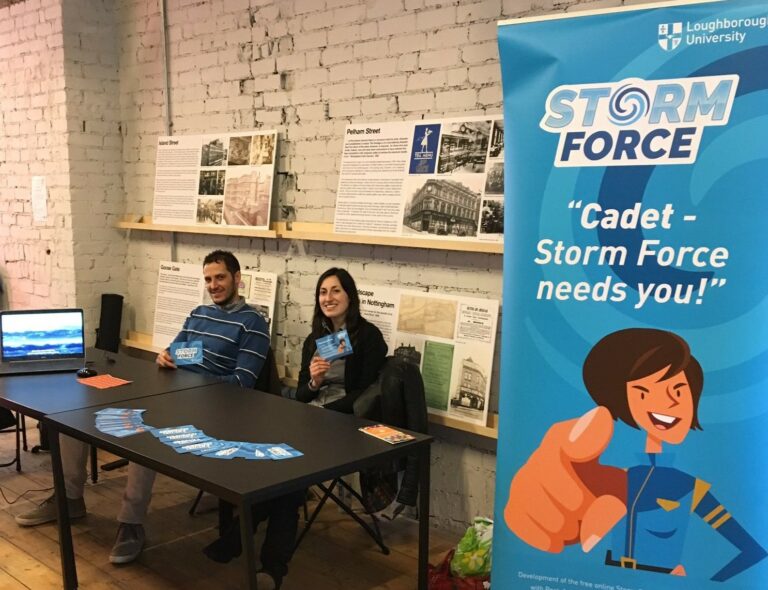 Cadet, this is Captain Indra Skye

When Dr Renzi got in touch and told us about his research, we were excited to help build a game with a compelling narrative to support his objectives!

To do so, we worked to incorporate his knowledge and findings into an engaging game that put the players right in the middle of the action.

In Storm Force, players take on the role of an up-and-coming cadet with the fictional environmental agency of the same name. Led by Captain Indra Skye, players learn how to spot the warning signs of storm surges in story panels between levels. In-game, they must battle against the clock to evacuate coastal communities as well as collect supplies and valuable data to help further research.

“By playing the game, players will be able to identify the mechanisms that create a storm surge and the risks associated with it.” Dr. Renzi explains. “They will also be able to make an informed decision on whether to evacuate a beach if they see a thunderstorm far at sea. This will reduce the number of accidents involving unaware bathers being swept out to sea by storm surges.” 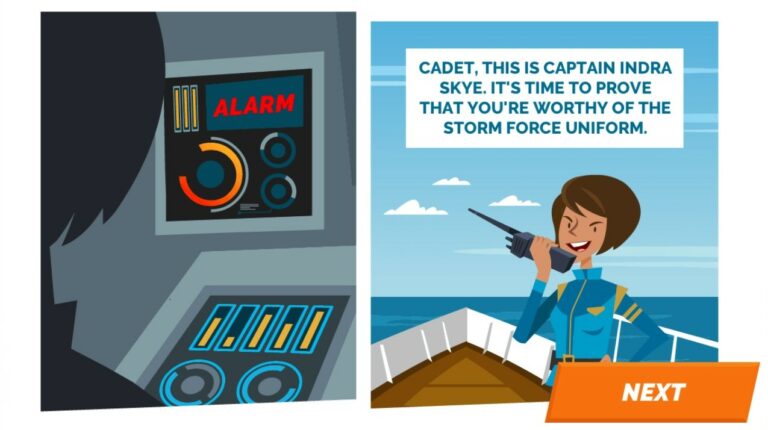 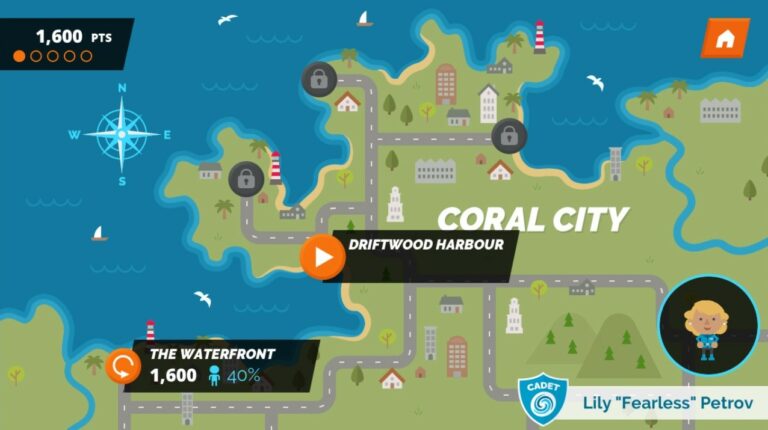 Dr Renzi’s hopes that Storm Force become part of the school curriculum might not be so far off! The team were thrilled to hear the game has been included in the UN Office for Disaster Risk Reduction (UNISRD) knowledge base of educational material on disaster risk reduction.  We’re also very proud that the game has been shortlisted for a TIGA 2019 games industry award, in the educational or serious game category. Commendation indeed.

Watch this space as the the game is rolled out in STEM days across the country. You can learn more about the game and Dr. Renzi’s research on the dedicated Storm Force portal on the Loughborough University website.