Join us as we look at how you can connect with your audience during the month of Ramadan, as well as things to consider when planning your campaign!

Ramadan is the ninth month in the Islamic calendar and an important period observed by Muslims around the world – estimated to number around 2 billion or 25% of the global population.

With time often devoted to prayer, reflection, and community – as well as daily fasting from dawn until sunset – it ends with the start of the religious holiday Eid al-Fitr.

When does it take place?

Being respectful as a brand

The concept of running a marketing or promotional campaign during Ramadan is nothing new – especially in parts of the world with majority-Muslim populations. The key is to ensure that campaigns are respectful of Muslim culture by understanding and appreciating the values and traditions that underpin it.

Ramadan is a special time of year for those who observe, with a strong focus on the principles of gratitude, generosity, family, and community. Promotional campaigns should therefore do their best to reflect these values. As Mouna Kalla-Sacranie writes in The Drum:

“The month of Ramadan is not about mindless consumption, but mindful abstention… Building authentic relationships with Muslim consumers in Ramadan is less about the promotion of ‘stuff,’ and more about showing these audiences that they are seen, and that the nuances of their beliefs are understood and valued.” (Source)

If in doubt, it’s always a good idea to run your campaign ideas by local or cultural experts to make sure they’ll strike the right note with your audience.

As you’d expect, the imagery and symbolism associated with Ramadan reflect the core values and principles of its observance – community, gratitude, generosity, prayer, and food (as it relates to breaking the daily fast). Popular symbols include:

This imagery finds its way into all sorts of areas including decorations, gifts, media, entertainment, products, and advertising.

Ramadan can be a big sales month for brands, particularly those in the food and drinks sector. Nestlé, for example, often sees a big spike in sales and plans major campaigns each year to connect with shoppers ahead of the event.

Here are a few interesting stats from around the globe:

These days, it’s vital that brands focus on a mobile-first approach to their marketing and promotion efforts. From online purchases to social media and games, people are spending an increasingly large chunk of their time on their personal devices.

Ramadan usually marks an increase in social media usage, with many consumers looking for entertainment and helpful content such as cooking tips or spiritual guides. In 2021, global mobile gaming apps also saw a surge in popularity during Ramadan, with installs up 13% and sessions up 9% compared to the year’s average.

Whether it’s making sure your website is responsive, planning an ad campaign on social media, or trying out a branded game with your audience (more on that below), mobile should be a major focus for brands – social media experts from across the MENA region agree.

The rise of games

In case you hadn’t noticed, games and gaming are a huge deal these days. Here are a few interesting stats around gaming in majority-Muslim countries and during Ramadan:

With a branded online game at the heart of your campaign, you’ll offer your audience a fun and playful experience that allows you to connect with them in an unforgettable way. You could use a branded game to:

During Ramadan, consumer interests are heavily centred around the themes of food. Whether it’s grocery shopping, searching for recipes, meal planning, or eating out, the brands that already exist in these spaces are looking for ways to stand out – games could be just the thing to help them do that.

To see examples of branded games in action, check out these case studies from Domino’s and Borden Cheese.

You can also check out our library of free ebooks full of tips and tricks to help you get started!

During Ramadan, social media platforms can be useful for sharing info such as a change to business hours or any promotions that you might be running. You can create brand-relevant hashtags and encourage your audience to tag you in their posts, resulting in user-generated content (UGC) that extends your organic reach online.

These platforms also provide an easy way to show the human side of your brand and interact with followers. You don’t need to have a grand plan or detailed posting schedule to find success – simply showing up and being genuine will help you to build meaningful connections with your audience.

Email is arguably one of the most under-used gadgets in the digital marketing toolbox, yet many businesses still seem to underestimate its power.

Whereas social media platforms are in a state of constant flux as they try to innovate and compete with one another, email is the trusty stalwart that continues to deliver a direct line of communication with your audience of subscribers. If you’re running a promotion or discount during Ramadan – or possibly a prize competition – remember to shout about it with regular emails to your mailing list.

While we’re on the subject, remember those branded games we mentioned earlier? Turns out they’re great for growing your mailing list by capturing GDPR-compliant data from players who submit their score to the leaderboard. 👀

Walk into any supermarket and you’re likely to find examples of product packaging that’s been revamped to match a seasonal theme or event. These limited-time makeovers are designed to capture the attention of shoppers, remind them of the upcoming event, and stand out from any competition on the shelves.

Here are just a few examples:

Charitable donations are a great way for businesses to make a positive impact and raise awareness of important causes. By gamifying these efforts, you can get your audience involved in a way that’s fun and interactive.

Take hosting company Melbourne, for example, who added a fundraising totaliser to their game and donated £5 to charity for every player who achieved a certain score and submitted it the leaderboard.

Rhodar have done something similar through their branded game campaigns, with winners asked to choose the charity that the prize money goes to. To mark the 2022 World Cup in Qatar, they launched a football-themed game with prizes including a £500 donation on them! 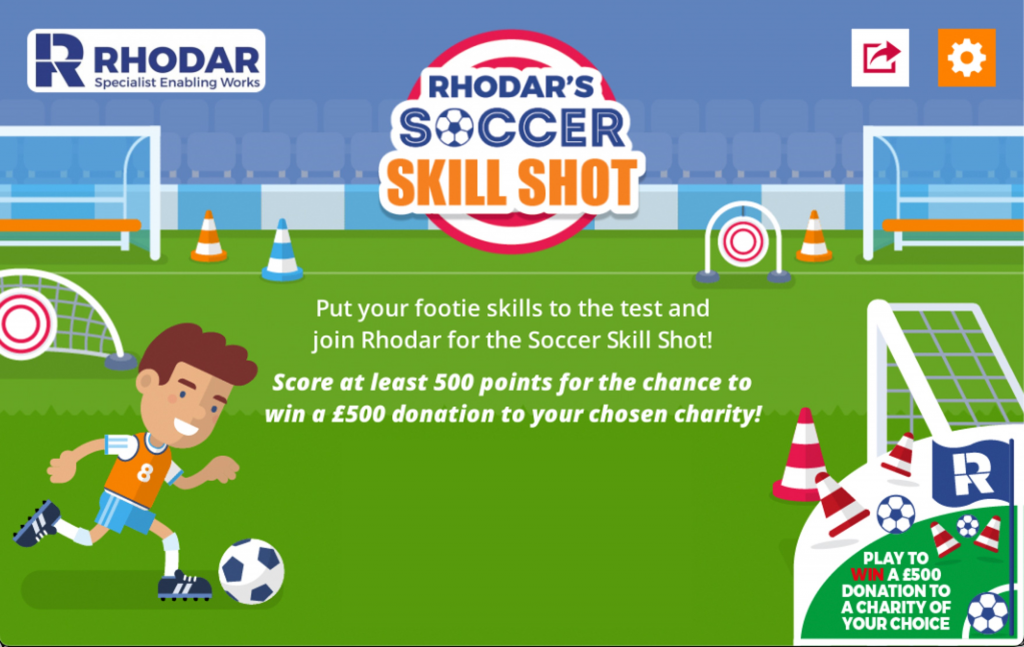 As we mentioned above, Ramadan is a special time of year for those who observe. At its core are the principles of gratitude, empathy, generosity, family, and community, and the best marketing campaigns will be those that reflect these values.

If you’d like to learn more about how a branded game could work for you and your organisation, simply get in touch and we’ll be happy to discuss.

You can also check out our library of ebooks, which are all free and available to download today.

We hope you’ve enjoyed reading – until next time!